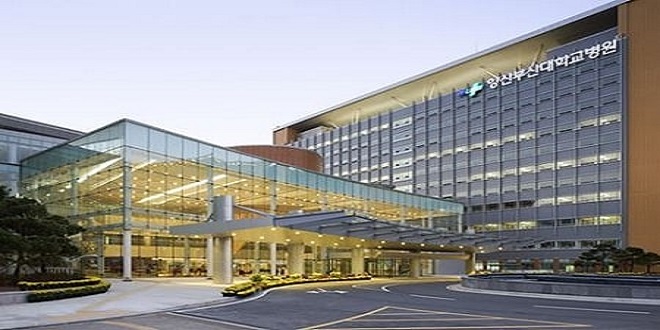 The materia medica, the main part of the medical classics published in a wooden edition in the 15th century in Korea, described medicines as being divided into three types – those derived from vegetable, animal and mineral sources. The classification according to the mode of action and use is similar to that of modern medicine, and includes antipyretic, antidotes, antitussives, digestives, astringents, diuretics, and so on. However, it has some additional traditional categories, peculiar to KM, such as interiorwarming drugs, drugs for eliminating dampness and drugs for regulating Kin. The description of each drug includes the forms of the various medicinal plants, cultivation and picking period, the parts that are used, processing methods, properties and flavors, efficacy, scale of use, toxicity,

In the preface to the book, the author says: “Thanks to the limpid water and beautiful mountains, my country has unlimited resources of medicinal plants. But there are those who disregard their own resources out of admiration for others’ and strive to get drugs from far-away, alien lands, even though they are available in any quantity in their own country.” Saddened at this lamentable situation, the author stresses that for treating diseases; one should use medicinal plants growing in one’s own country.

The general introduction to the acupuncture section of Tonguibogam,(5) a typical medical classic, describes the methods of making needles, seasonal acupuncture, the selection of acu-points, application of moxibustion, acu-moxa combination and the stimulation intensity of acupuncture and maxi bastion, etc. This section contains a systematic description of the circulation course of the 14 meridians, the 365 acu-points on each meridian, selection of acu-points, indications, contraindications, application of acupuncture and moxibustion, as well as the theory of meridians.

Medical education in KM faculties is of a seven-year duration where KM takes up 70 per cent of the time allotted and modern medicine systems the remaining 30 per cent. This enables the graduates to attain a certain level of knowledge of modern medicine required for modern methods of diagnosis and treatment. In the KM faculty, the lectures delivered on the theoretical aspects of KM are just as detailed as the expositions in the medical classics. The students are taught the clinical aspects of KM, including internal medicine, surgery, pediatrics and gynecology, as well as the auxiliary ones, such as the Material Medical, herbal prescriptions and acupuncture. As for modern medicine, KM faculties teach basic aspects like anatomy, physiology and pathology, as well as clinical ones like internal medicine, surgery, pediatrics and gynecology

At all levels in the hospitals, treatment by modern medicine and KM is combined in a ratio of 7:3. The larger the hospital, the higher the share of the former; the smaller the hospital, the higher the share of the latter. In specialized KM hospitals and each of the KM departments in other hospitals, 70 per cent of the treatment is according to KM methods and 30 per cent according to modern medicine. Generally, the utility rate of chemical drugs is higher in the larger hospitals, where conditions favors their use, rather than in the smaller hospitals, especially in clinics in the rural areas.

Persons in charge of research projects for the modernization and rationalization of KM are obliged to first study the KM classics on the subject of research. In summing up the project, the researcher first gives an overview of the description in the classic, and then states the findings of his research.

As a national medical heritage, KM enjoys State protection and its utilization is actively encouraged.(3,4) In no other country is the State developing KM with such a high degree of commitment, nor is any other country providing all its inhabitants highquality KM health care, free of charge. In spite of the fact that KM is being promoted, it is not well-known all over the world. In Jute 78 (1989), WHO nominated the GHKM as its collaborating centre for traditional medicine? Since then, it has annually been publishing technical information in English and has distributed it widely to many countries. Especially in recent years, the uniqueness of KM in DPR Korea has become known in many countries through these publication activities, with the financial support of WHOM, SEARO.

For basic studies, the GHKM puts in considerable effort to identify the components and the pharmacological action of medicinal plants. Studies to clarify the therapeutic mechanism of acupuncture and the real nature of the meridians are also being carried out. The results of the study are reviewed by the Science Council of the institution concerned. In the case of a drug, the approval of the MOPH has to be obtained so that it can be used as a standardized formulation. Newly developed drugs which have been standardized are manufactured in the pharmaceutical factories of hospitals as per the requirement of the hospital. If a drug shows really marked benefits, it is included in the State production plan, and is manufactured in the central and local pharmaceutical factories in large quantities.