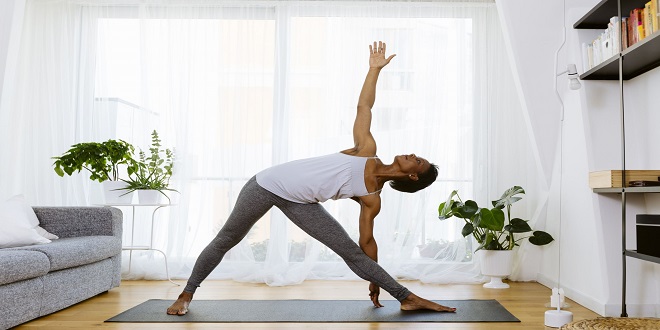 The roots of Yoga lie many thousands of years ago, but it is so relevant to our present age that it is deservedly popular worldwide. Through the ages, it developed from the experiences, meditations and realizations of wise people, and it gradually built into the extensive body of knowledge it is today. As yoga is the result of personal inquiry and experience, one might say that it began when humans first became aware and started asking questions on self-discovery. Knowledge of the body and its functions was the beginning of self-understanding,

The written history of yoga goes back thousands of years. The earliest writings are known as the Vedas. The word veda means ‘knowledge’; there are four Vedas, the Rig-Veda being the oldest book of humanity. They discuss the spiritual and scriptural laws of nature, thoughts on the meaning of life, inner and outer knowledge, and recommend various rituals and meditations for human development. It is said that they contain eternal truths that have been discovered, not created (just as Newton discovered the law of gravity, which was there before him).

The greatest thinkers and sages are from that time. The culture was well-structured and secure. It was an agrarian economy, stable and fertile, giving opportunity for leisure and for delving into the depths of human consciousness. People went through the four recognized stages of life: z Brahmacharya:

The students,who learnt the spiritual teachings, and the ways of controlling the mind, as well as the vocational education to prepare them for their work to support their family in the next stage.

The householder stage, when they married, had children and fulfilled their social responsibilities. Z Vanaprastha: After fulfilling the householder responsibilities, they were able to go into the solitude of the forest for contemplation and meditation, which led to the next stage. Z Sannyasa: Renunciation, and concentration on spiritual realization.

After the Upanishadic Age came the Purina Age. This period was the time of the writing of the two great epics, the Ramayana and the Mahabharata. The Ramayana describes the life of Sri Ram and his wife Sita. It includes the Yoga Vashistha, which is in the form of instructions given to Ram about life, wisdom and knowledge by his Guru, Vashistha. The Mahabharata, another epic, contains the Bhagavad Gita, which is a dialogue between a spiritual master, Krishna, and his disciple, Arjuna. Krishna clearly explains, among many other principles, the synthesis of action and meditation in life, a branch of yoga known as Karma Yoga with which we will deal later. Raja Yoga is best illustrated by the Yoga Sutras of the great Sage Patanjali. It is a psychological approach to human development, a science of mind control centring on meditation. This is also called Ashtanga Yoga, the yoga of eight limbs, and we will deal with it in detail later.

The Main Yogas and their Contribution to Health

As well as the many useful practices yoga teaches, the lifestyle improvements that it recommends help us to live in a much more harmonious and useful way and improve the quality of our relationships with other people. It has been said that the best way to have good friends is to be a good friend. The person who absorbs the teachings of yoga certainly becomes a good friend, because of their better personal discipline and more considerate attitude to other people and their needs. In this way our life becomes less stressful and this flows on to better health all round. Yoga philosophy teaches us to understand the real meaning of our lives. In this age, in so many communities people have lost the sense of meaning in their lives. This is leading to a serious vacuum in their self-esteem, their attitudes to their fellow human beings and their world in general. A ‘meaningless’ life is perceived as one that is worthless, and so suicide, murder, cruelty and war atrocities are rife at this time.

(1) Neti – The practice has been simplified by Swami Satyananda Saraswati, and the technique can be found, with all the other practices in this section, in his book Asana, Pranayama, Madras, Banda.(1) Neti aims to clean out the nostrils and paranasal sinuses of the head, of stale and purulent mucous, and to balance the flows of the breath by decongesting the mucous membranes of the nose. It is usually practiced by pouring warm salt water through the individual nostrils, but if the nasal passages are very much blocked, it can be done with a catheter. Neti is effective for treating chronic sinusitis and asthma.

(2) Dhoti – The word means ‘cleansing’ – there are six forms of dhoti: z Dander dhoti – Cleaning teeth, ears and tongue; z Vatasara dhoti – Swallowing air and burping it up again, which is said to ventilate the inside of the stomach, cleaning it with air; z Haman dhoti – (same as kunai kina) – Quickly swallowing four glasses of warm salty water and vomiting it back. Good for acidity and clearing the lungs, it can be used to treat asthma. If used early in an asthma attack it can actually stop the attack.

This technique of swallowing the water and practicing the asana is repeated until clear fluid comes out of the bowels. It is excellent for constipation, but it also forms the mainstay of the yoga treatment for diabetes. There is a shortened version, lagoon Shankar pashaLana, in which only three rounds are done. People with high blood pressure, hernia, peptic ulcer or cardiac illness should not do it, but it is generally quite safe and easy.

Previous articlechinese acupuncture and moxibustion
Next articleOther words from Reflection